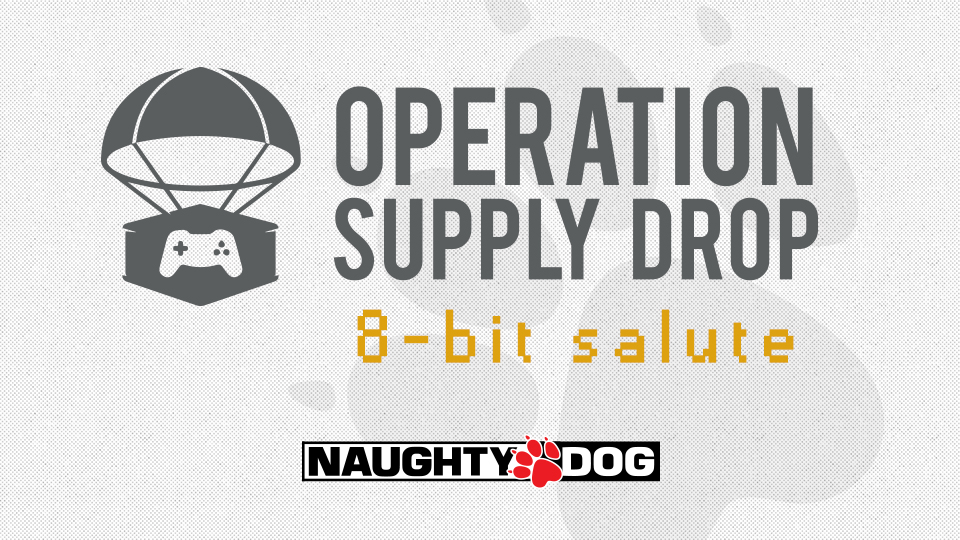 It was an incredible weekend and thank you to everyone who watched our Twitch stream. Most importantly, a huge thank you to everyone who donated to our 8-bit Salute with Operation Supply Drop. We raised nearly $12,500. That’s a testament to how awesome our community is. Two donors contributed over $1,000 apiece. Tremendously cool of Dominic Jay DeStefano and John Knowles to do this. Dominic was our top donor and John donated the second most. Jesus Patino also pitched in 1K. Prizing was only available to our top three U.S. residents and Heather Currie-Martinez came in third. A hearty thank you to our top donors and everyone who contributed! The prizing is over but you can still donate to this worthy cause. Top donors will contacted today, May 18, via email.

We're going to host a livestream for Operation Supply Drop's 8-Bit Salute again this year. It's not our anniversary or anything like that. Why are we doing it again? Well...

To the wonderful people who made the Uncharted games,

My name is Jeff Bullock. I am a veteran of the war in Iraq and I just wanted to take a few minutes to let you know what your games have meant to me over the years. The newest Uncharted game is on its way, so I started replaying 1-3 today. This inspired me to write this email.

I was in Iraq from December of 2010 to October of 2011 at FOB Warrior in Kirkuk, Iraq. I brought my PS3 over there with me and set up a projector so I could play my games in my CHU (compartmentalized housing unit), basically a glorified trailer, on a big screen.

While not conducting missions outside the base, I spent most of my time in my CHU trying to relax and forget for a moment that I was in Iraq. We constantly had indirect fire, specifically rockets, lobbed our way. It was a multiple times a day sort of thing. To this day, I still have problems when I hear sounds similar to the incoming alarm or to the sound the rockets themselves made. It was usually the first thing we talked about in the mornings. "Hey, did you hear those rockets last night? Sounded like it landed pretty close." That sort of thing.

So, there are two things I would like to let you know your games did for me. The first is the most obvious. They allowed me an escape into another world, even if that world also had explosions, they were not real and also controllable. Nothing at all like getting caught out in the open when the incoming alarm went off and just laying down to take cover and hoping that today wasn't your day to die. It was an escape, one I desperately needed every day.

The second benefit to your games is a little less straight forward. There were many of those morning conversations about rockets the previous night that I was happy to have nothing to contribute. I would play Uncharted on my big projector screen and turn the volume up. As it happens, many times this blocked out the sound of real rockets. So instead of hearing the alarm or the explosions, I would continue playing, blissfully unaware of the potential dangers around me. I should mention that even if I had heard the alarm or explosions, there really isn't anything that I could do but sit and wait and hope. Much better to be happy and distracted.

Your games helped to eliminate some measure of the stress of everyday life in a war zone. I just felt this was something I should share, and I hope that it brings all of you some measure of happiness to know what your games meant to me, and I'm sure to many others in similar situations.

Thank you, and I wish you and your families the best life can offer. Keep doing what you're doing, you never know how much it can mean to someone.

Team Naughty Dog starts live streaming our support of Operation Supply Drop's 8-Bit Salute on Saturday May 16. Tune in from noon PST until 9pm PST to our official Twitch channel to watch and game with us.

To make this event even more fun, we've teamed up with the LA Chapter of Operation Supply Drop and we'll have some very special guests coming to the studio. Our good friends Brandon Laatsch and SanchoWest will be hanging out and hosting the live stream for us.

Other Naughty Dogs will be available at various times during our 8-bit salute:

As we did last year, we'll be rewarding top donors with special prizes. 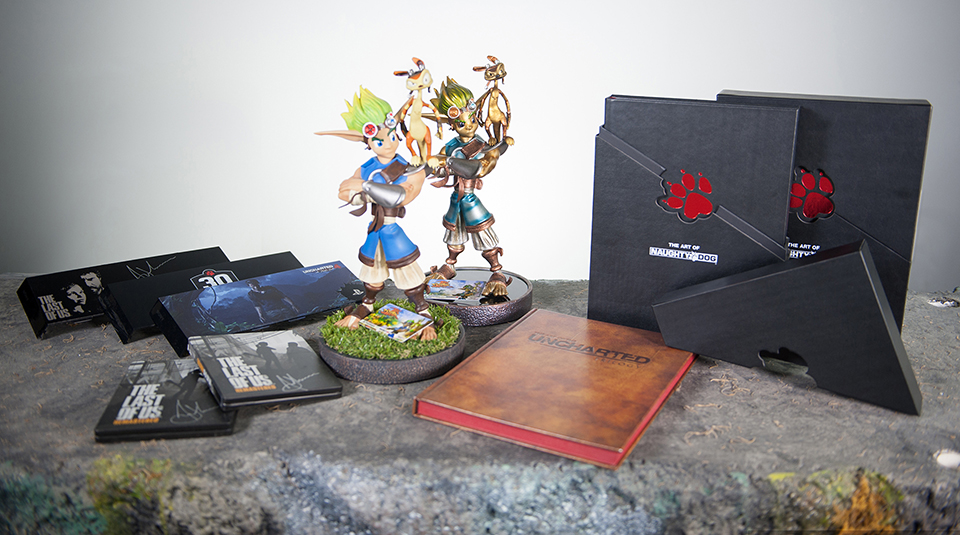 Here are our prize tiers:

Pretty cool stuff, right? If there's a tie for any of the prize tiers, the prize will go to the donor who submits his or her donation the earliest. These prizes are available only to fans who are residents of the United States. So please donate early and often if you're seeking any of these prizes!

The codes will be posted into the chat thread at random intervals or will be awarded to first correct answers to trivia questions. Residents of the United States only. Here's what you'll be able to potentially win via giveaway just by watching:

- The Last of Us Remastered (Full game)

- The Last of Us Remastered DLC Grab Bag

- The Last of Us Avatars

Around 9pm PST on Saturday, May 16, our beloved PlayStation MVPs on Team Naughty Dog will take over to support the cause. Donate to 8-bit Salute and game with them!

Game and DLC codes will be given away to random selected people who watch or play with our PlayStation MVPs as well, so be sure to tune in for your chance to get some really cool giveaways!

Please share our team page, donate if you can, and pledge your support! Hope to see you online! 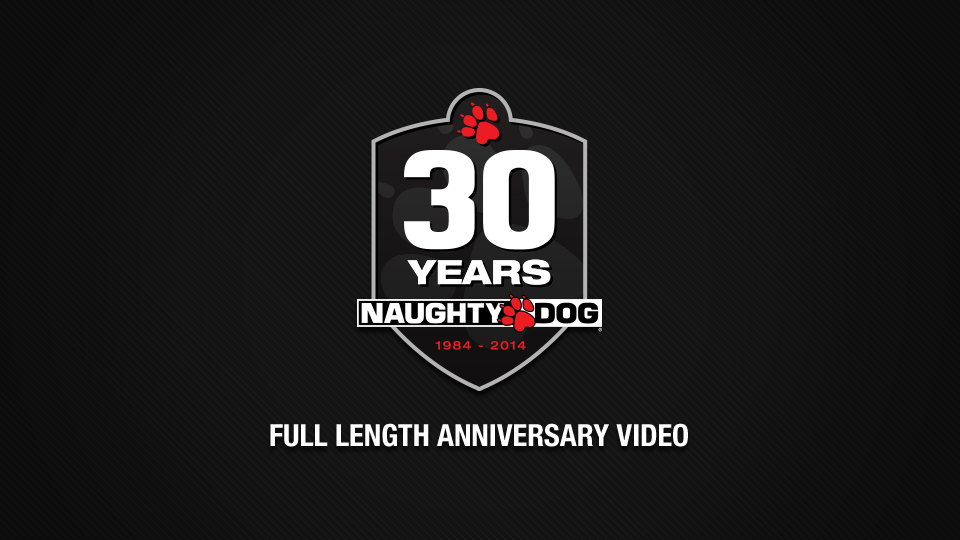 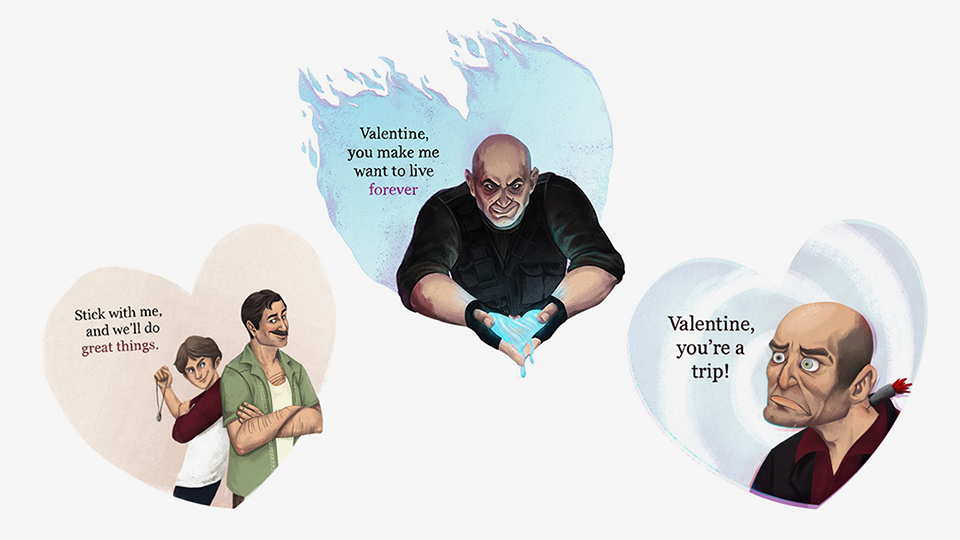 Celebrate Valentine's Day with your Favorite Naughty Dog characters and get ready for The Last of Us Left Behind! 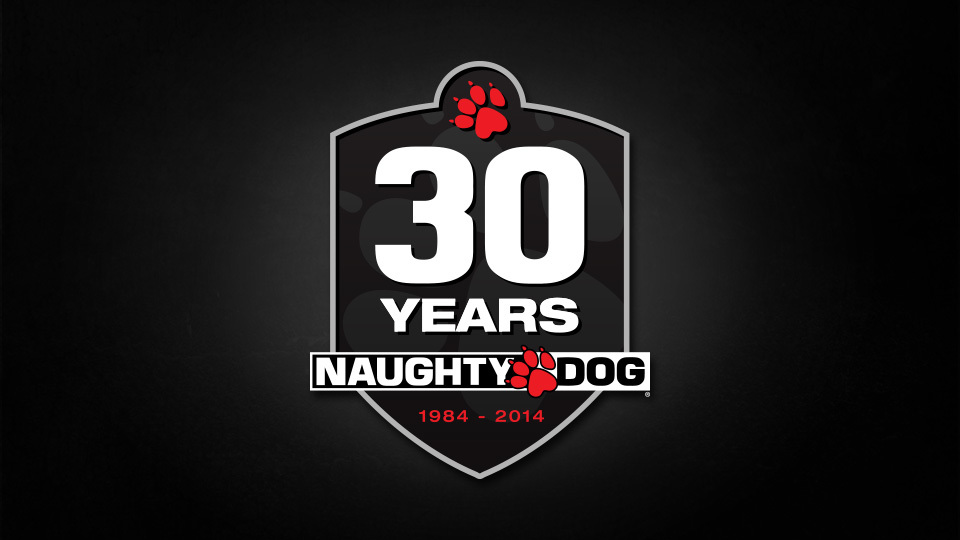 The Art of Naughty Dog: Celebrating 30 Years of Games

Naughty Dog is celebrating 30 years of making games this year with various merchandise and events. Read up on our plans so far.