Now, we can give you the FULL rundown of the Uncharted 3 Multiplayer Beta for things that weren’t necessarily covered in the IGN reveal. We put together a handy little FAQ below with ALL the details.

When can I start playing?
Tuesday, June 28, for all Infamous 2 and current PlayStation Plus members, who all get early access to the Beta.
Unfortuantely, PS Plus Members under the Welcome Back program won't be able to get early access in the following countries: Germany, Portugal, Spain and New Zealand. Sorry!

If you’re not an owner of Infamous 2 or a current PlayStation Plus member, we’re opening the floodgates to the Uncharted 3 Multiplayer Beta for EVERYONE on Tuesday, July 5.

What time EXACTLY can I start playing?
UPDATE: The Uncharted 3 Multiplayer Beta is now available for download on ALL participating PS Stores (see above).

Is the Beta available in my region/country?
The Beta is be available in all current PSN Store regions – except Japan.

When does the Beta end?
The Uncharted 3 Multiplayer Beta will end on Thursday, July 14.

What gametypes and maps are available?
Throughout the three weeks of the Beta, we’ll be rotating through a variety competitive and co-op gametypes, along with access to three different maps.

Can you tell me more about a specific gametype or map?
They say a picture is worth a thousand words right? So a video is worth at least 24,000 words per second multiplied by… or something.
Check out the video below for looks at most, but not all, of the Gametypes, Maps, and options you can experience in the Uncharted 3 Multiplayer Beta.

Can you tell me about any of the Boosters, Medal Kickbacks, and Weapon I can expect in the Beta?

Will Power Plays be active? What weapons will I have? What characters can I choose to play with? Will I be able to customize them? And Emblems?
Power Plays are active, so if you’re in a match that is decidedly lopsided, you’ll get to experience it. As far as weapons, we’ve got a good range of sidearms and long guns to use and unlock in the beta, such as the AK-47, G-MAL, Para – 9, M9 and more! You’ll only get to choose between a few characters, but you’ll have access to a limited set of customization options to personalize your character on both the Heroes and Villains team. You can also check out our Emblem editor and create your own custom emblems.

Can I play in Stereoscopic 3D and/or use split-screen?
YES! Yes, you can. But not at the same time.

Can I upload videos and photos to Facebook or YouTube?
No, that functionality is not available during the Beta.

Will my Beta progress or unlocks carry over to the final game?
No, what happens in the Uncharted 3 Multiplayer Beta stays in the Beta, however we’ve lined up some killer rewards for the retail version of Uncharted 3 if you keep playing in the Beta:

Is there a level cap in the Beta?
Yes, it’s currently set to level 25.

Can I check my Uncharted 3 Multiplayer Beta stats on NaughtyDog.com?
Stay tuned – we’ve got some cool things in store for NaughtyDog.com real soon.

I like/hate something in the Beta OR I think I found a bug – where do I tell you about this?
Let us know on the Uncharted 3 Multiplayer Beta forum in the NaughtyDog.com Community Forums.

We can’t stress this enough – please, please, PLEASE post in the Uncharted 3 Multiplayer Beta forum with your thoughts, complaints and suggestions! Your forum feedback was critical in finalizing the Uncharted 2 multiplayer modes between Beta and the final retail version. We absolutely want your feedback this time around as well. You will help us make a better multiplayer game.

UPDATE 6/28 2:30 PM PDT: We've temporarily replaced Plunder with Free For All as we investigate an issue with Plunder. 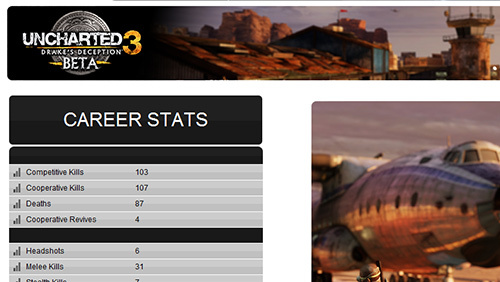 We’ve got some basic career and game history stats for the Uncharted 3 Beta up and ready for your viewing pleasure! Hit the jump for more i… 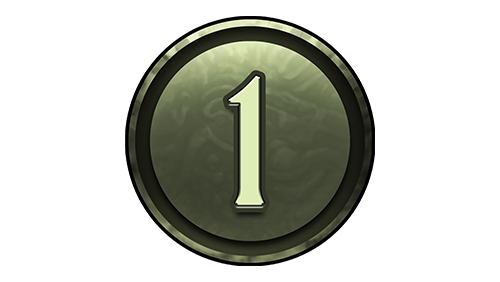 Some Uncharted 3 Beta players have been experiencing their multiplayer profile being reset when logging back into the Beta today. We’re loo…

Week 2 of the Uncharted 3 Multiplayer Beta brings with us updates to the gametypes and new Uncharted TV content!