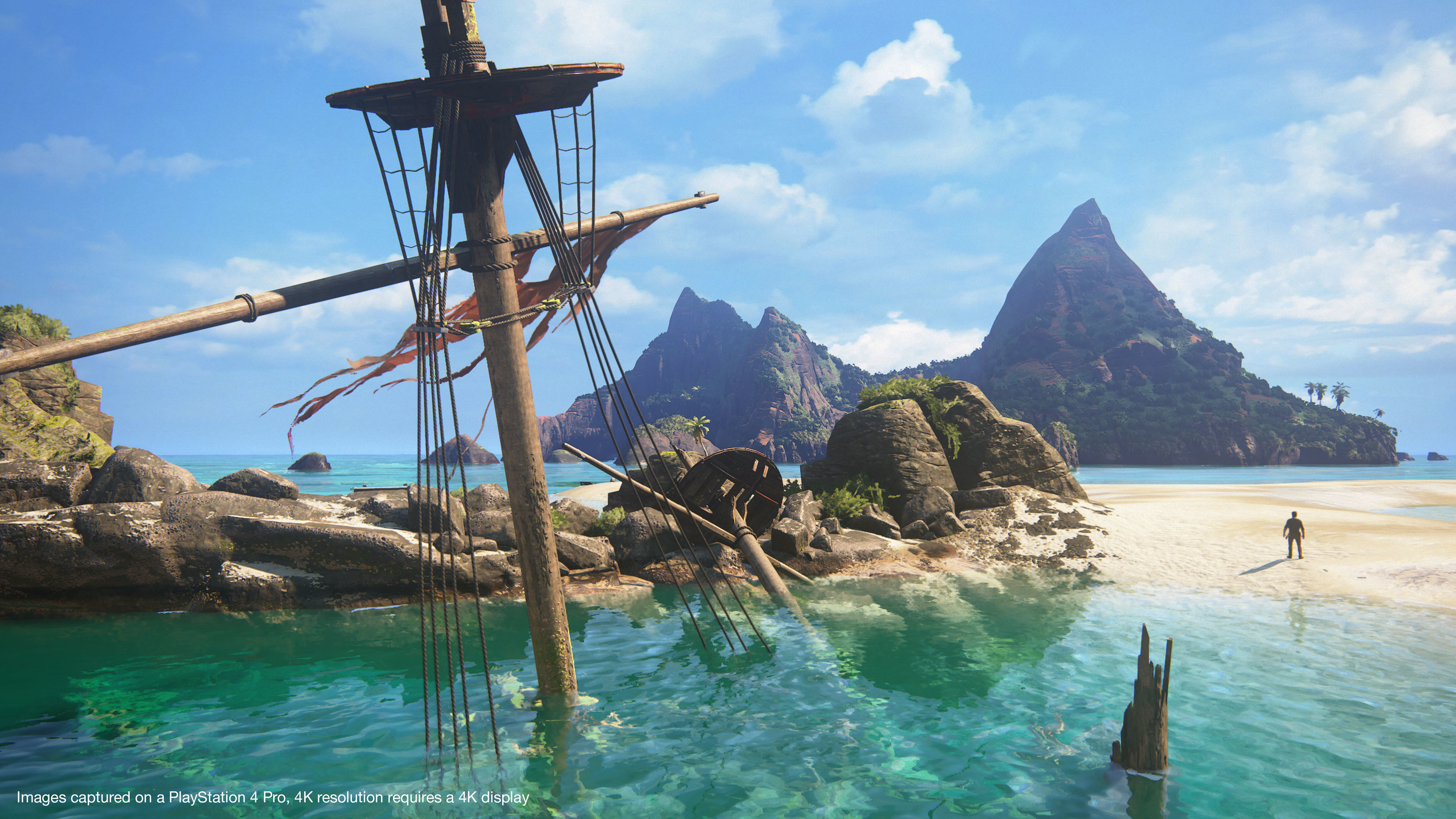 At Naughty Dog, we strive to make you, the player, feel as though you inhabit the stories, characters, and worlds we create. If we’re doing our job right, every aspect should feel believable and grounded in our fiction and we should elicit the same response in you as the characters are experiencing in the game. The key to it all is in details. Whether it’s animation, lighting, performance capture, dialog, or environment design, we spend a lot of time on even the smallest details that, when they all work together, help establish that emotional connection and sense of immersion.

When we first learned about the PS4 Pro, we were excited to see how we could drive new levels of fidelity and immersion in our games. We’re taking our first step by introducing day one PS4 Pro support for Uncharted 4, The Last of Us Remastered, and The Last of Us: Left Behind. Whether you own a 4K HDR display, normal 4K display, or even just a 1080p display, you’ll be able to reap the benefits of the PS4 Pro with our new game updates. Though, once you’ve seen them in 4K HDR, it might be hard to go back to anything else.

It’s easy to think of resolution as simply a measure of clarity, but for games, it’s about more than just a sharp, clean image—it’s about a greater sense of depth and scale. The PS4 Pro has allowed us to meaningfully increase the resolution so that you’ll not only appreciate more detail in the textures, but smoother, sharper edges that better distinguish characters, effects, and the environment. Terrain, buildings, and plant life that might otherwise blend together really stand out, creating life-like distance. It’s especially evident in the wide, sweeping landscapes of Uncharted 4, as well as the overgrown cities and towns of The Last of Us Remastered. Perhaps equally important, the higher resolution allows us to maintain that fidelity in motion, eliminating the shimmering that you might see on the standard PS4.

For those with a 4K display, Uncharted 4’s story can be played on the PS4 Pro at 1440p resolution, up from 1080p on the PS4. Multiplayer’s fluid, high-framerate gameplay remains the same, but the resolution has also been increased to a full 1080p on PS4 Pro, up from 900p on PS4. The Last of Us Remastered, on the other hand, allows you to choose whether you want to play in the game’s original target framerate of 30FPs at 2160p or at a high targeted framerate of 60FPS at 1800p.

However, those using a PS4 Pro with a standard high-definition (1080p) display will also benefit. Both Uncharted 4 and The Last of Us Remastered will render at the highest resolution and downscale the super-sampled image to 1080p, resulting in noticeably crisp and smooth graphics.

Combining enhanced resolution with an HDR-capable display will only make the benefits of the PS4 Pro more apparent when playing Uncharted 4 and The Last of Us Remastered. HDR drastically expands the range of color and brightness in both games, particularly on the lightest and darkest ends of the spectrum. Uncharted 4 and The Last of Us Remastered use color in distinctive ways and each highlight the numerous benefits of HDR. Whereas Uncharted 4’s exotic locales leverage a brighter, more painterly composition to highlight HDR’s full breadth of colors, nature’s reclamation of towns and cities in The Last of Us Remastered necessitates a more organic and gritty approach that complements HDR’s deeper, richer black tones. Best of all, HDR support is available on the standard PS4, as well as PS4 Pro. 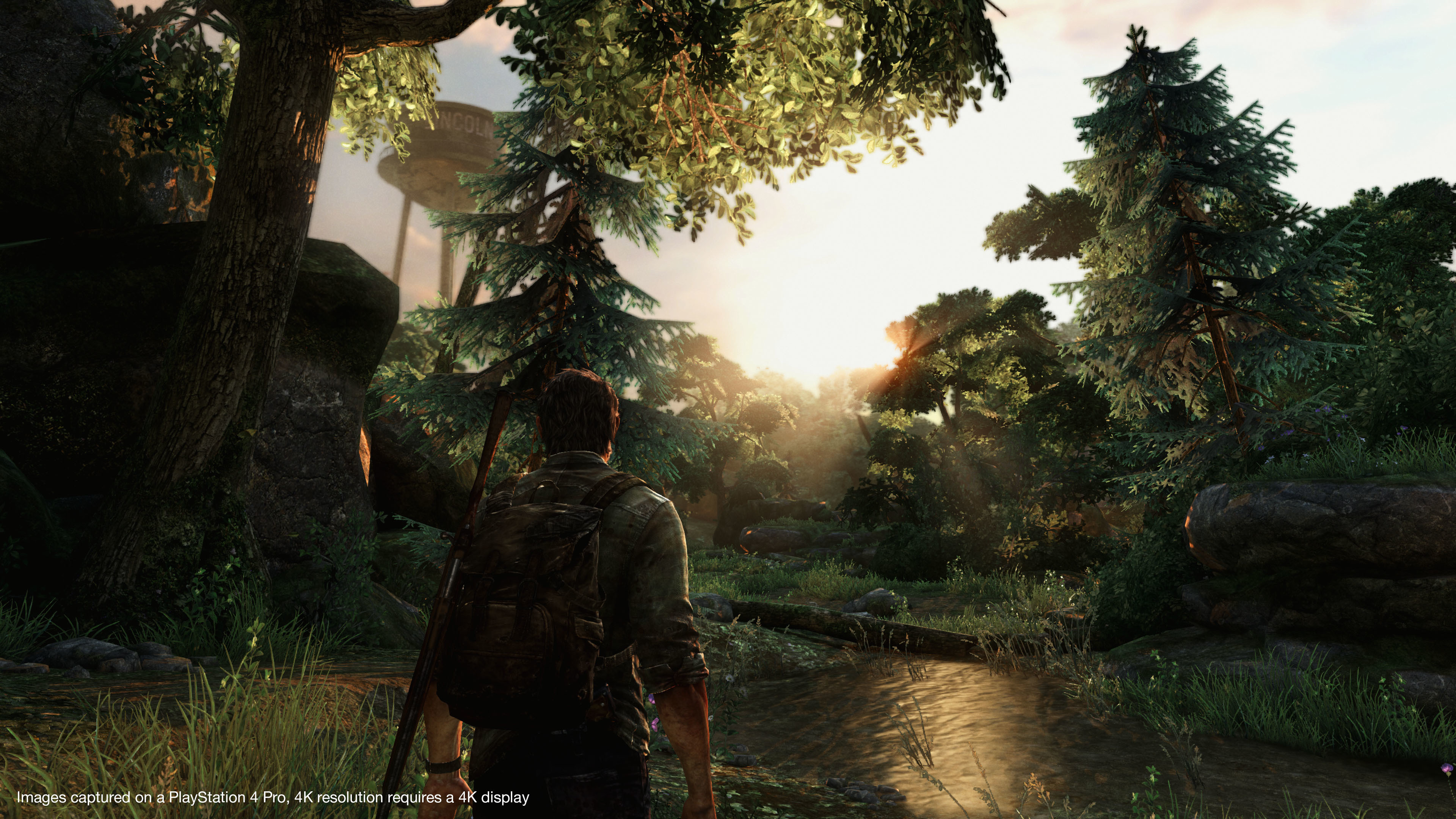 The Uncharted 4 and The Last of Us Remastered communities have already been able to produce some awe-inspiring images with our built-in Photo Mode tools on PS4. Now, with the PS4 Pro, we expect to see even more stellar creations as players will be able to capture 4K screenshots using the system’s Share functionality. You can also use the Share button on the PS4 Pro to stream at up to 1080p 60FPS or capture in-game highlights at 1080p 30FPS. We hope you’ll share your Photo Mode shots and best gameplay moments with us using our submission tool on naughtydog.com/ugc!

We are really proud of the experiences we’ve been able to create for the PS4 and now bring to the PS4 Pro. We believe that the addition of HDR and 4K technology not only adds a new level of depth, detail, and life to our games, but opens new doors for the future. We hope you enjoy Uncharted 4 and The Last of Us Remastered on the PS4 Pro! 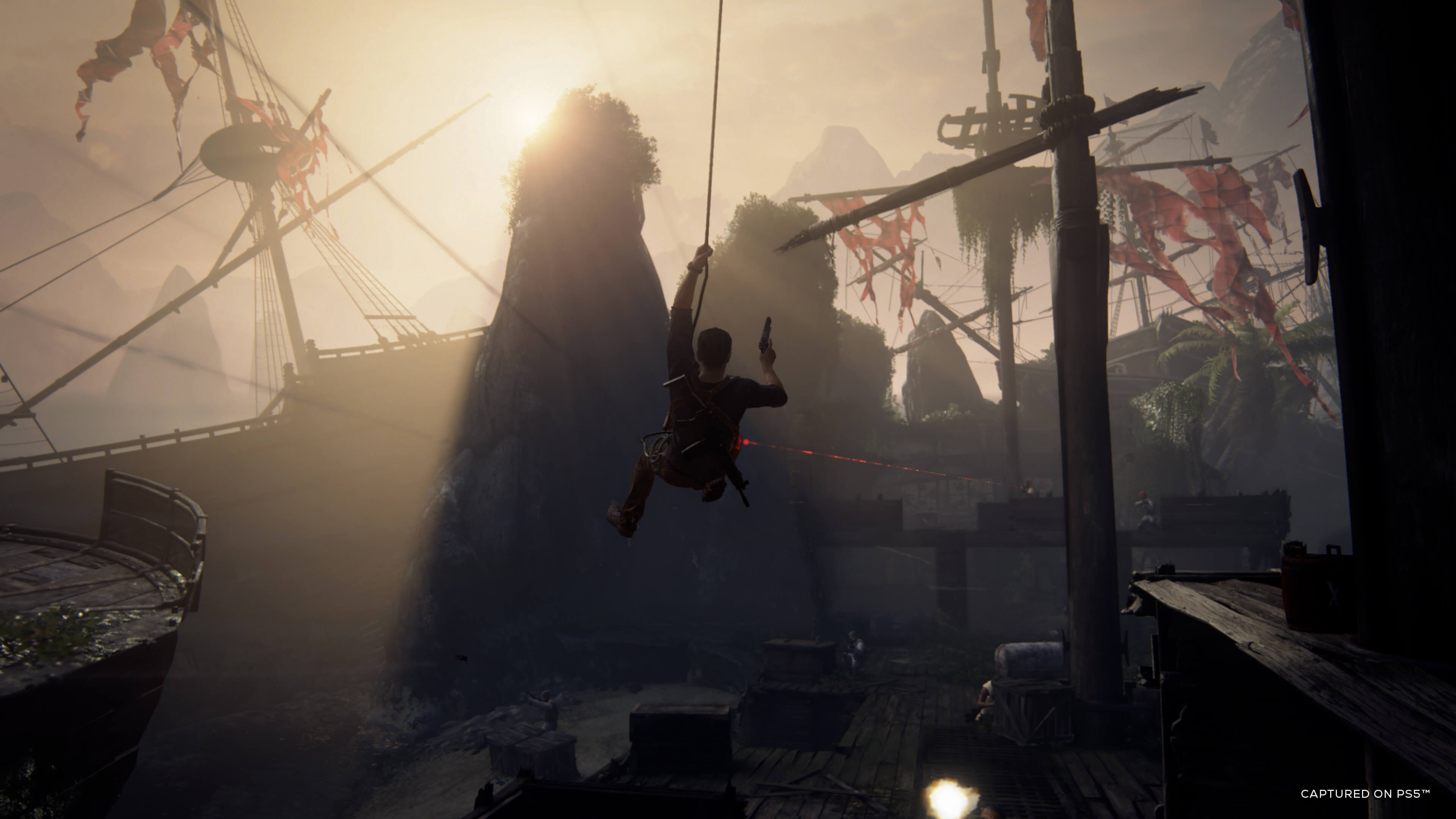 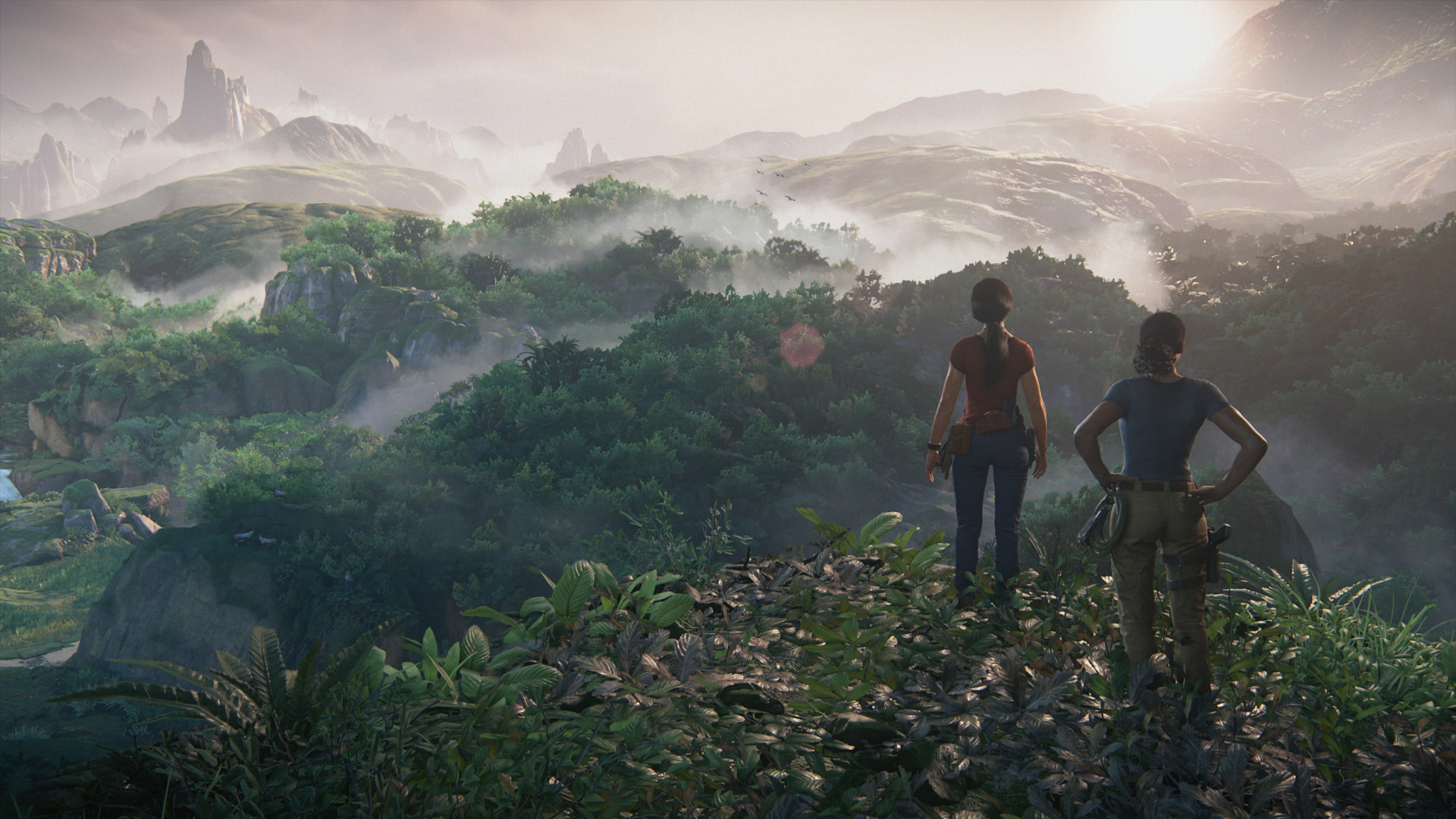 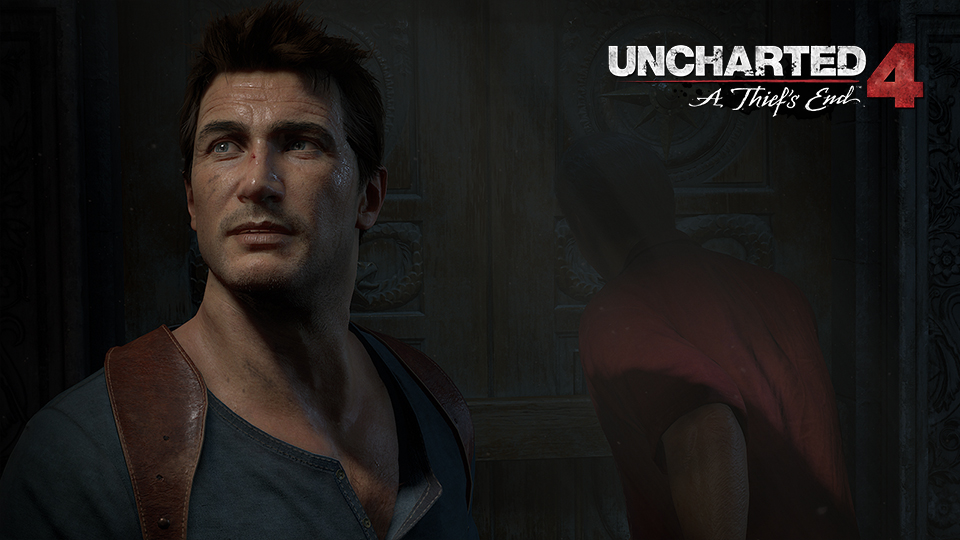