We just pushed out an update to The Lab playlist in Uncharted 3 multiplayer just in time for the Independence Day holiday here in the United States. Jumping into The Lab will see you pitting in tense 3 vs 3 Sniper and Pistole only matches of Plunder!

As part of the update today, we also changed the filter for DLC - based on your feedback - to favor Flashback Map Pack 2. Anyone who has Flashback Map Pack 2 downloaded and installed (and your DLC filter on) should be seeing those maps come up way more frequently in matches.

One more thing - cinema files recording during the previous episode of The Lab will playback a little weird. The gameplay will play back fine, but the scoreboard won't be accurate and will try score the game based on Plunder. Don't freak out.

With the July 4 Independence Day holiday tomorrow in the US - we hope to see a bunch of you on trying out The Lab. Happy Holidays! 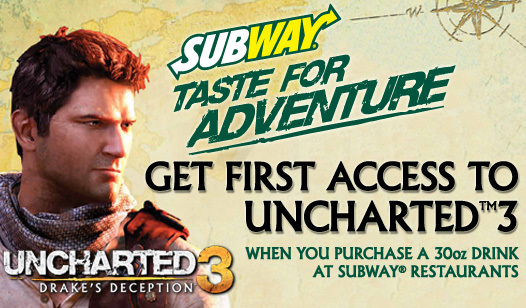 The Uncharted 3 Beta 1.04 patch will be rolling out today, July 8, across all regions participating in the Beta. Hit the jump for the full …

The Uncharted 3 Beta 1.03 patch has been released. Hit the jump for the full patch notes.