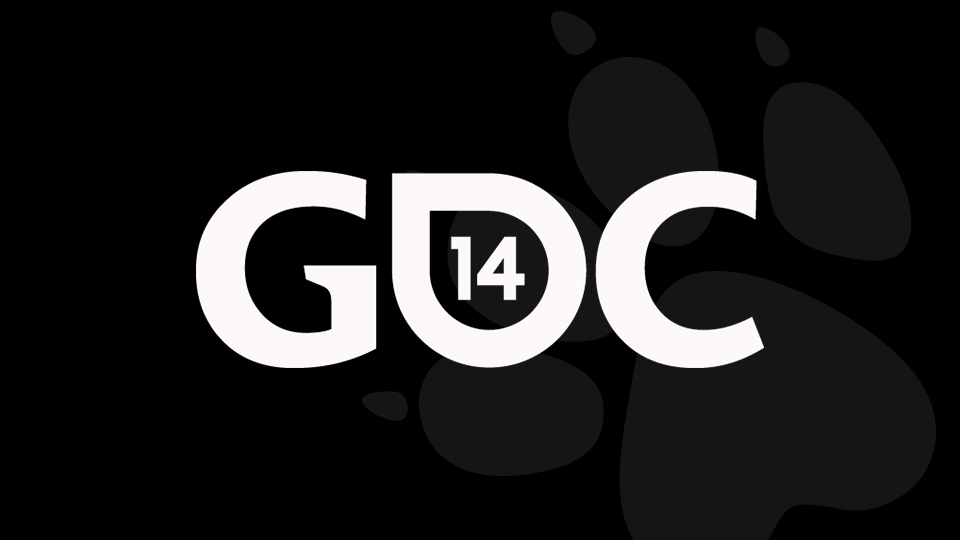 As we did in in 2012, we’ll have a large pack of Dogs giving talks at GDC 2014. We just wrapped up The Last of Us: Left Behind to universal critical acclaim. It currently has a score of 89 on Metacritic making it the highest rated PS3 downloadable content ever. We also recently received five BAFTA awards, including the coveted Best Game in 2014, for our work on The Last of Us.

We’re now heading to GDC to talk about some of the techniques and process that went into making The Last of Us, which has now hit over six million copies sold worldwide, as well as what made Left Behind, our first ever downloadable, single player story chapter, so unique.

The full list of sessions for all Naughty Dog talks, along with dates, times, locations and descriptions, is available below. Visit the GDC Schedule builder if you want to put these sessions in your calendar, export them or print them out.

It's particularly hard joining a project toward the end, during its most crucial moments. You have a limited time to understand the game, the vision and to help make it better - all at the same time. This talk will focus on Elisabetta's experience of joining Naughty Dog during the last months of development of The Last of Us, her work on the combat tutorial, and how her involvement on it led to her training and understanding of a very different genre than she had previously worked on.

“Joining a new studio, culture, and a new IP is never easy. My talk is about how I crashed onto The Last of Us during the final months of its development and lived to tell the tale”

The sky is one of the most integral components of an outdoor composition - it dictates the lighting and color palette, it casts the mood and drives the story, and frequently, it can consume a majority of the pixels on-screen. Yet, it's often one of the most overlooked, snubbed components of level creation. And for making it move? Most practices either look terrible, or require vast amounts of time and technology. Within this presentation, Keith will walk the audience through the artistic considerations of creating a compelling, dramatic sky to cast as a backdrop for their artwork. More importantly, he'll introduce the production challenges of skies within The Last of Us, and teach the audience how we were able to use vector fields, flow and some simple math to imply the motion of clouds receding into the horizon on a single matte painting, without losing our fast iteration.

“Because the tone, color palette, and setting were so important to the narrative experience of The Last of Us, we had to treat the skies like they had their own personalities and stories to tell. Come and let me share with you all of the successes, and way more of the failures, from our experience building the skies in The Last of Us.”

In The Last of Us you spill a lot of blood during melee combat and gun fighting. It was important that the effects had a realistically rendered appearance even if the amount and use of blood was stylized. The blood and water in the game needed to have the physical properties of liquid, such as surface tension, reflection and refraction, all represented by a shader on a particle. This session goes in depth to show the tools and shader techniques developed for the blood and water particles in The Last of Us.

“Blood makes me squeamish, but I faced my fears and came up with a clever way to make it happen in The Last of Us. Come see how I did it!”

This session is an overview of the design and implementation of the melee system for The Last of Us. The design portion of the talk will discuss solutions to the challenges of creating an effective hybrid between gunplay and melee combat, and how those mechanics emphasized the tone and world of The Last of Us. The implementation portion will delve into the technical details of how we sync animations, our memory management, and efficient scripting practices. The talk will also cover the evolutions made between Uncharted and TLOU, the additional challenges of multiplayer, and an examination of techniques we used to achieve the game's brutal aesthetic.

“This talk will be a breakdown of the techniques used to make the melee system of The Last of Us, from animation style to game mechanics to scripting techniques. Come learn how to make people punch other people in the face better.”

In our most recent game, The Last of Us, the sound team at Naughty Dog created a powerful dialog system that allows enemy and ally NPCs to converse with each other and the player character in realistic ways. This system takes into account rich contextual information, including individual knowledge, collective knowledge, global game state, and information about the surrounding environment. This system puts a great deal of power directly into the hands of the sound designers, freeing the programmers to focus on AI behaviors. This talk will explore the requirements and problems inherent in any NPC dialog system, and describe the baseline features required of any such system. The talk will then investigate the unique problems Naughty Dog faced in The Last of Us, and describe the systems developed to solve them. It will then conclude with Q&A and a discussion of some ideas for future work.

"Join me and take a tour of the dialog system in The Last of Us. You'll learn what problems we faced, and what solutions we decided to use. My hope is that you'll come away with some good ideas for making 'The Most Awesome Dialog System Ever' in your next project!"

In The Last of Us, immersive audio played a critical role in supporting the gameplay and story. The audio team was faced with difficult challenges: the immersion had to be believable, but subtle. It had to convey tactical information, but important dialogue and effects still had to be audible. Cinematic setups sometimes conflicted with standard audio models. Solutions required compromise and collaboration between sound design and technology. This talk examines how specific problems were solved, such as getting the environment to lead the player to or from tactically important areas, ensuring the audibility of important dialogue, adjusting the mix dynamically based on game state, and dealing with obstruction/occlusion issues. The emphasis is on successful implementation of immersive audio in a modern game using a synergy of sound design and technology, citing specific examples from The Last of Us.

“My talk will cover the audio technology used in The Last of Us, and how it was used to enhance the immersion of the game. See how we solved some difficult environmental audio problems in unique ways.”

This talk covers the technical and design decisions made to produce the human enemy AI as seen in The Last of Us. It covers the systems that formed the core of the AI decision making, as well as a higher-level look at the behaviors that formed the building blocks of enemy combat and stealth. Navigation, real-time level analysis, combat, search and stealth are all covered in detail, as well as mistakes and future improvements. Finally, the performance characteristics of the AI and various optimizations are discussed in detail. Consider this talk a description, then a postmortem of the human enemy AI.

“The talk is a brain dump/postmortem on the enemy AI in the Last of Us. This will include info on how and why we built the enemy npcs and combat, what we screwed up, and what we think we can improve in the future.”

This talk is intended to illustrate visual concepts that can add deeper meaning, content and context to the game experience. By exploring and utilizing visual ideas, the game maker can connect more deeply with the audience. Just as good story and good characters are important to an immersive experience, so are more complex visual design ideas such as allegory, alliteration and iconography. Robh will walk thru several examples of these ideas, and illustrate them with specific slides to show how more sophisticated visual design has been part of media for a while, and how we can and should be integrating this into game visuals.

“Just as good story and good characters are important to an immersive experience, so are more complex visual design ideas such as visual metaphor, allegory, alliteration and iconography /symbolism. Being aware of visual design language is just as important as learning about story structure or how the latest GI rendering engines work. Visual design structure needn't only be the province of movies, plays, literature or television.”

The character of Ellie in The Last of Us presented a challenge. The game was centered on the player's relationship with her, and we needed to ensure that the systematic presentation of the character was in line with what was presented by the narrative. This session will investigate the successful techniques used to generate a believable "buddy" AI character, including an overview of the mindset with which we developed the character, and a look at the individual systems developed. The talk will also review the shortcomings and discuss why certain decisions were made.

“Meet the leading lady in The Last of Us, and the process behind her development. Learn from our mistakes in making fun companion AI.”

From creating the visually believable environments in a post-apocalyptic world to supporting the complex story narrative, lighting plays a huge role in The Last of Us. This talk is designed to give you a deep look into Naughty Dogs lighting creation through the inspirations of our concept art, experiments in the lighting pipeline, and the major technological improvements such as dominant directionality, ambient shadows and flashlight bounce lighting we developed to achieve the desired rendering results. The session will provide you the essential processes and differences between our in-game lighting and cinematic lighting.

Vivian says:
“You will leave the session with in-depth understanding about Naughty Dog’s in-game and cinematic lighting technology in The Last of Us. We will show what we learned to approach art and tech together for making a game with virtually next-gen visual quality on a current-gen console.”

Gamasutra posts a postmortem for UNCHARTED: Drake's Fortune that Neil Druckmann and Richard Lemarchand penned for the April 2008 issue of G…

Today was the final, short day of the D.I.C.E. Summit 2010. Despite making sure we celebrated our amazing wins at the Interactive Achieveme…