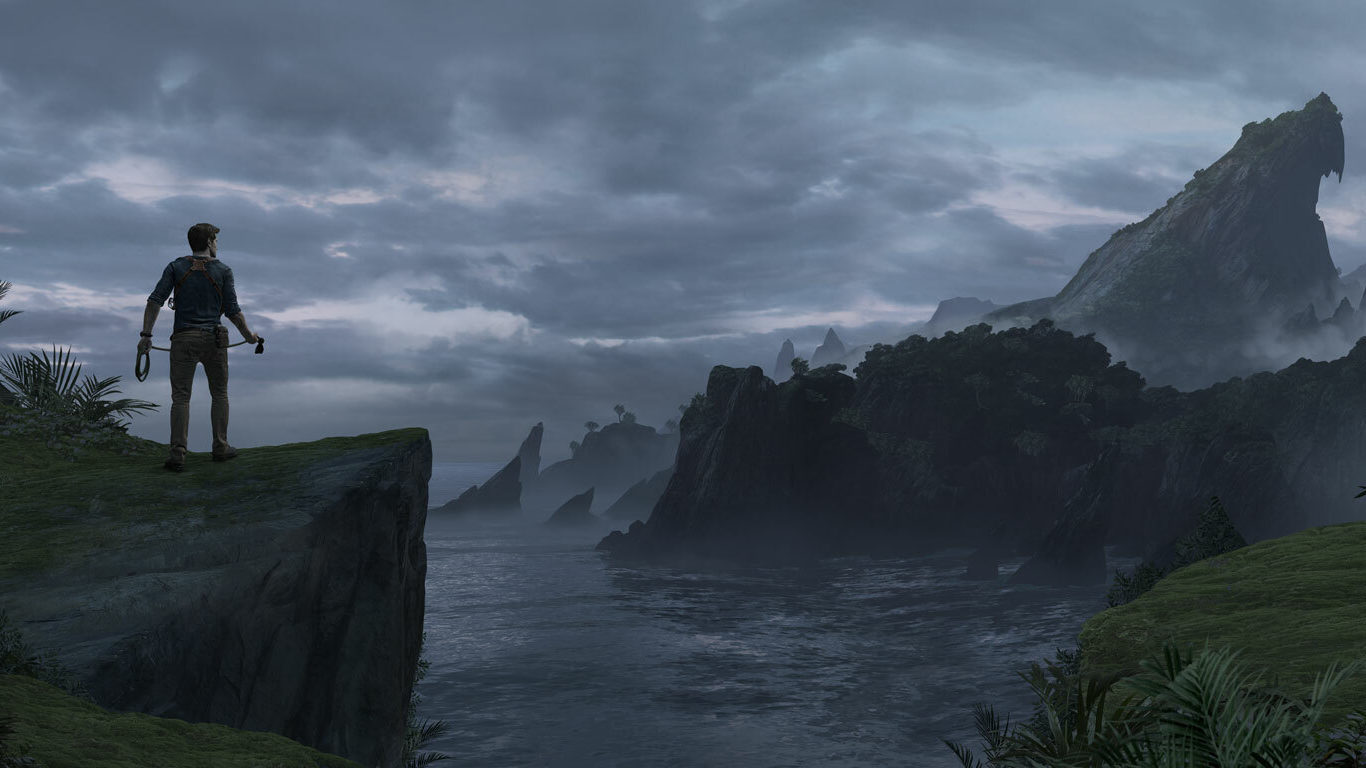 We’ve been honored by the reception Uncharted 4: A Thief’s End has received from you, the community, fans, and players. As of 2021, over 37 million individual players have downloaded and experienced Nathan Drake’s ultimate adventure.

To celebrate Uncharted 4’s 5th anniversary, we wanted to take this opportunity to look back with some of the developers on the amazing accomplishments and behind-the-scenes notes that made this game so special.

When Naughty Dog kicked off development of Uncharted 4, there were several things that were certain: there’d be pirates, breathtaking locations, and the familiar characters that you’ve gotten to know in the previous three entries of the series. Even so, there are core pillars that are part of the studio’s approach to every game: character-driven storytelling and innovating wherever possible.

Vinit Agarwal, Game Director at Naughty Dog, discussed his experience as a game designer working on both multiplayer and single player experiences for Uncharted 4.

“We make story games. Uncharted and The Last of Us are very different games. I think it’s because we’re taking the fundamentals of design and applying it to the ‘canvas’ we’re working on. We try to understand the essence and the emotion behind what we’re trying to make and capture the essence in those mechanics.”

As Naughty Dog’s first game developed specifically for the PlayStation 4 from start to finish, the developers sought to push the boundaries of the studio’s new engine, from fidelity to animation to gameplay. Beyond the considerations of brand new hardware and a new engine, it was also the first time facial capture was used for motion capture in a Naughty Dog game. 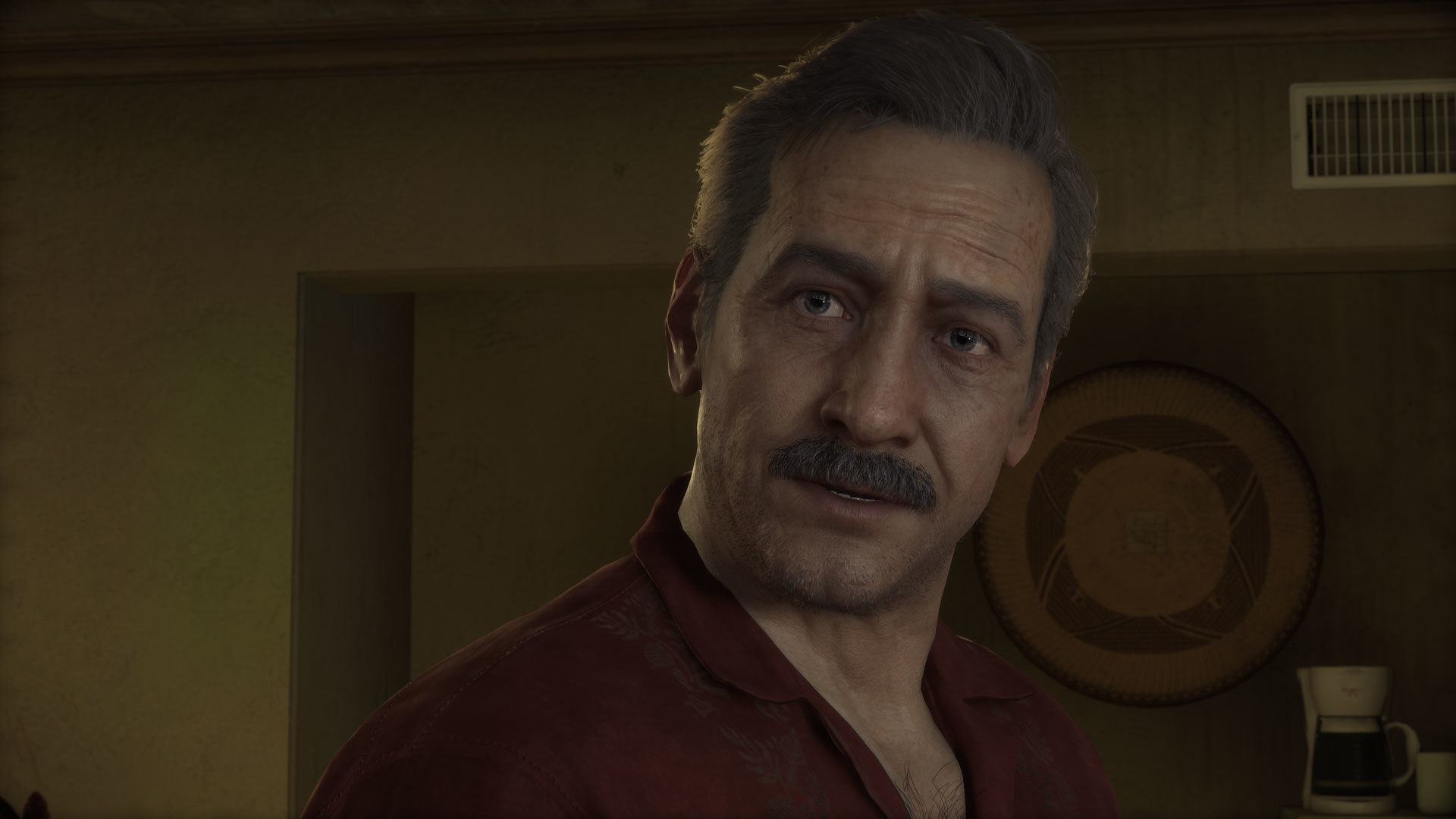 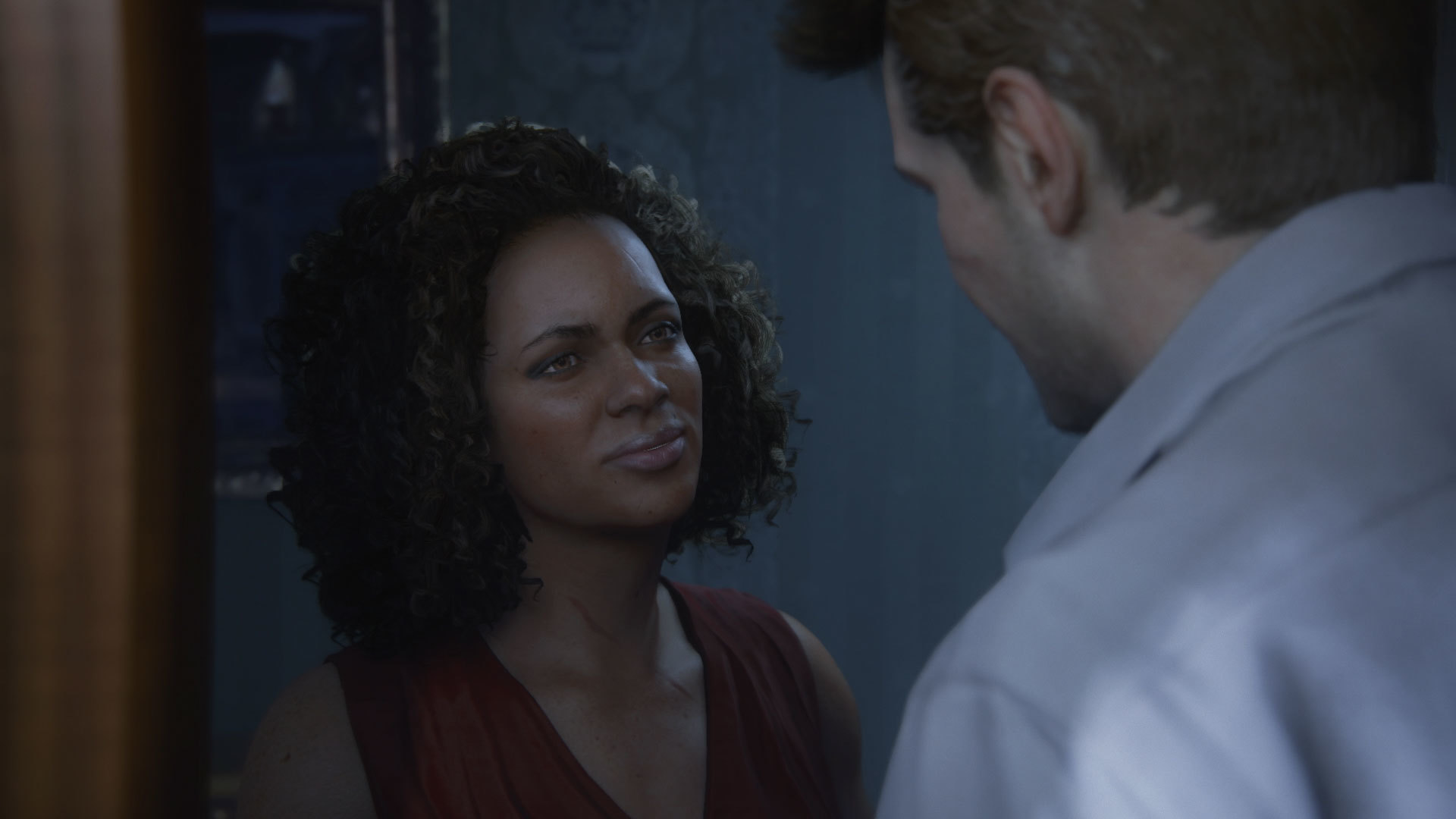 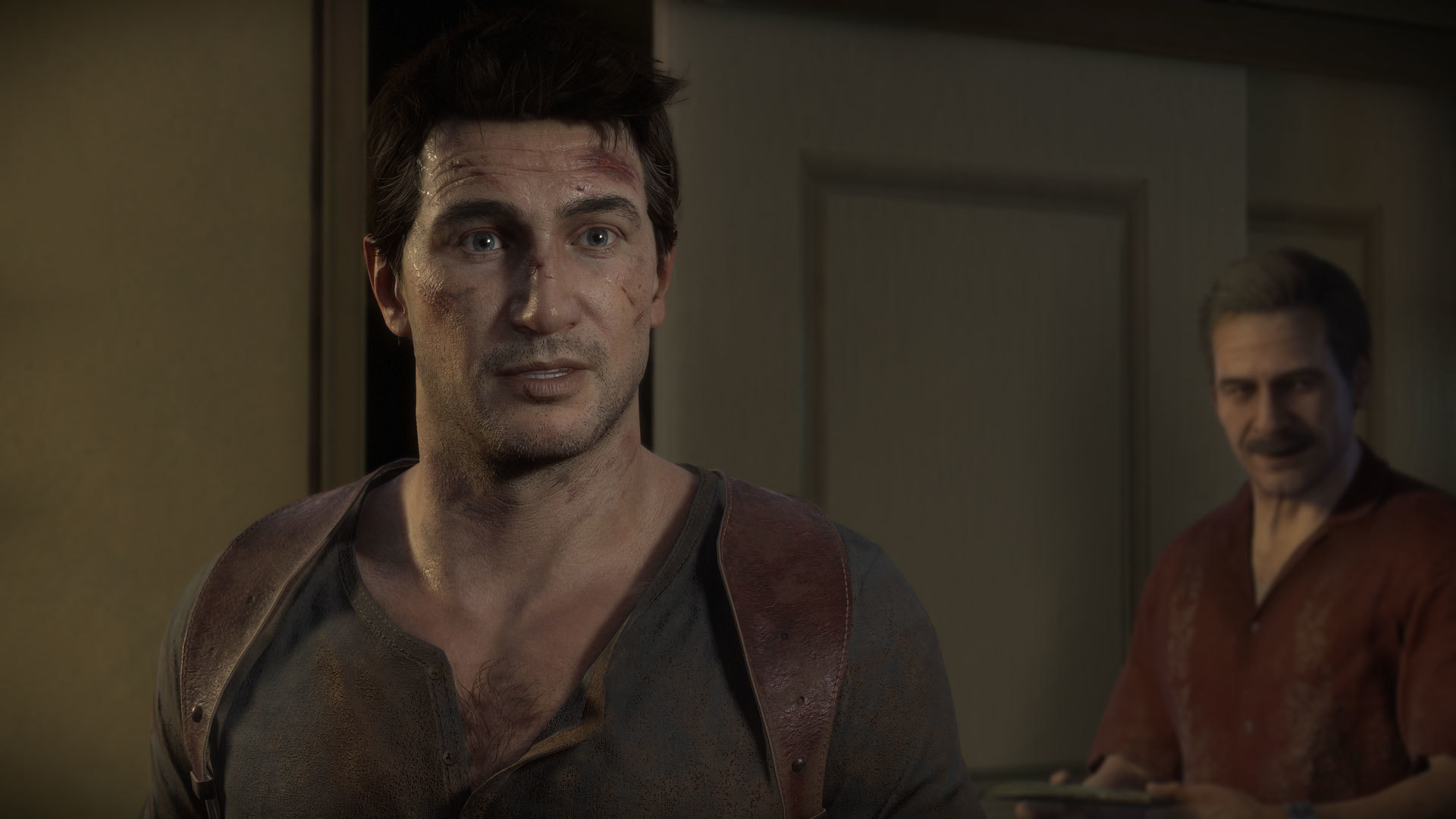 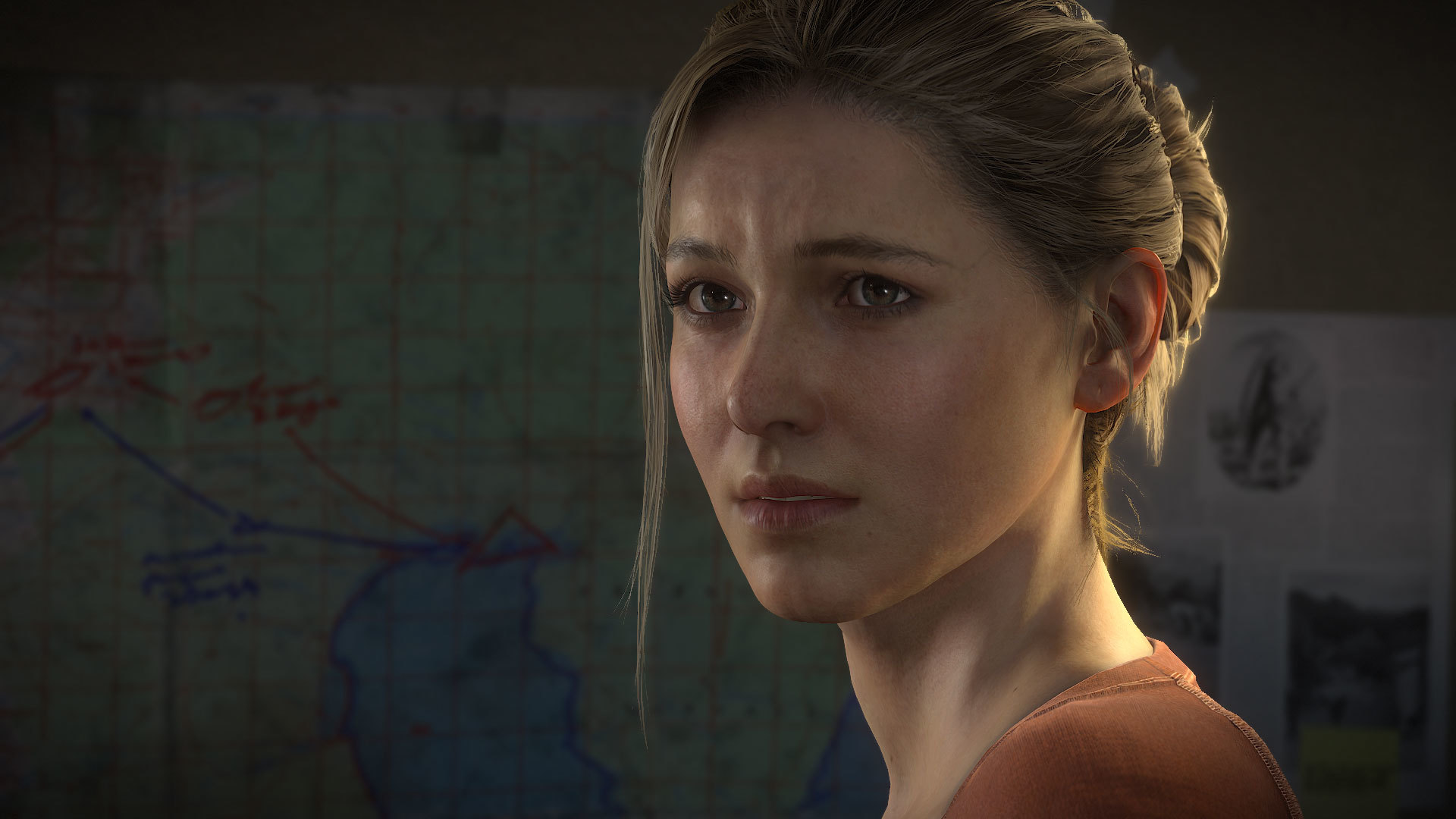 Marianne Hayden, Story Animator at Naughty Dog and Cinematics Animator for Uncharted 4, talked about a new approach to animating faces. “It was the first project that we used facial capture, so that was a transition for our team because we were used to hand-keying everything. Now, we had not only full-body data where we had to learn how to use a new rig and a new system, we had to figure out how to make it look really good.”

A myriad of new improvements was introduced that truly brought the world of Uncharted 4 to life, from jumping between vehicles to details in Nathan and NPCs' movements and interactions with the world around them. One of the biggest goals was ensuring character movement would be as fluid as possible.

Almudena Soria, Lead Animator at Naughty Dog and animator on Uncharted 4, sought to improve the NPC Traversal System, working closely with the scripting and AI teams to push the boundaries of realistic player and NPC movements. “It wasn’t just the animation side but also the AI team. I was like, ‘Ok, choose this TAP [Traversal Action Pack] and choose your next point before you finish the TAP. Otherwise, it’s not going to ‘know’ what type of movement to exit to. Knowing the AI had to choose things in advance to be able to play them -- that was huge.”

She further explained how this translated to the gameplay experience, stating, “We had a lot of bodies. They had to lead. ‘Leading’ means they have to be as responsive as the player and be realistic and believable. There’s a lot of choices that need to be done, not just from an animation point-of-view but also from scripting and AI to make sure our animations look good.”

Another key marker of every Uncharted game is Nathan Drake’s travels to exotic locales, stunning ruins, and remote, hidden enclaves of the world. Waylon Brinck, Development Director at Naughty Dog, put the staggering amount of in-game environments into perspective: “What really strikes me is how we achieved such amazing fidelity, far beyond anything else that came out at the time (or even still today). But, on top of that, it's not just one ‘look.’ It's like two dozen radically different environments that all hit that quality bar. For example, the Madagascar level was the plains, the ruins interior, the crowded marketplace, the clock tower, the chase through the city, the chase through the countryside, and the hotel scene at the end, all created by different teams.”

From gameplay to animation to environment and beyond, the game developers at Naughty Dog endeavored to make sure that every part of the game was true to the Uncharted series, Nathan Drake, and the game’s core themes.

If gameplay made the movement and physical experiences of Nathan Drake feel real, his story further demystified the man behind the adventurer. When we catch up with Nathan at the beginning Uncharted 4, he and Elena are living a relatively normal life complete with trash duty and work deadlines.

However, Uncharted wouldn’t be the story it is without adventure, and Nathan is clearly itching to return to his fortune-seeking exploits.

As Writer Josh Scherr explains, “A running thing that became more prominent with each successive game was that Nathan Drake was, in addition to being a very smart, learned person, who obviously knew a lot about history and used that as his superpower, was also a bit of an adrenaline junkie, a thrill-seeker. Someone who was restless, someone looking for the next big thing. That sort of manifested itself in some of the early games, with the fact that he seemed to be constantly getting together with and breaking up with Elena.”

However, Nathan would encounter the final push he needed to resume treasure hunting and mercenary fighting.

For better or worse, Sam is the one who finally pushes Nathan to return to adventuring -- even if it means hiding his plans from Elena. Moreover, Sam serves to force Nathan to acknowledge the truth around his past.

In the original draft of Uncharted 4, Sam was intended to be the primary antagonist. Although we see his manipulative behavior throughout the story, his role evolved to become more of a mirror of Drake’s own personal demons and regrets.

“He still turns out to be a liar, if not necessarily a direct antagonist,” Josh explains. “Ultimately, he is a physical representation of Drake’s past. He’s the one who pulled him out of the orphanage. He’s the one who set their destinies on the path and said, ‘This is what we’re going to do with our lives.’ In some ways Nate felt sort of beholden to him for helping him out but also because he was lost himself.”

“We needed somebody to contrast the Drake brothers,” Josh details. “This is a guy who comes from 100% privilege who had everything handed to him and feels the need to prove himself -- that he can do these things.”

The clash between Nathan, Sam, and Rafe culminates in a brutal sword fight. As Vinit recalls, the design team wanted to push this boss battle further to convey to the player a different side to Nathan Drake.

“This is a guy who’s good with guns. He’s good with his fists. You never really see him use a sword. In a way, he’s out of his element against Rafe who’s kind of his match. I wanted to put the player in his shoes, in the shoes of a Nathan Drake who doesn’t have it all covered this time.”

The fight, in its original incarnation, was a series of quicktime events. In order to raise the stakes for the player, Vinit suggested removing the button prompts so that the player would only be able to use triangle to “Block Left Attacks” and Circle to “Block Right Attacks”. The removal of quicktime prompts forced the player to rely on quick wits and a sharp eye on Rafe’s movements to survive the final fight -- much like an actual duel.

Once the fight was polished, the designers, Vinit, and Co-Director Bruce Straley strove to finesse this battle on all difficulties and make it particularly punishing on Crushing Difficulty. Rafe’s condescending taunts towards Nathan during this challenging fight makes victory feels even sweeter.

Ultimately, in the aftermath of the battle, Nathan Drake, although victorious over Rafe, still has one challenge ahead of him: finding real happiness.

As the story unfolds in Uncharted 4, one prominent quality that Sam and Nathan share beyond blood is a desire for fortune and glory. However, while Sam is steadfast and resolute in his pursuit of treasure hunting, Nathan begins to realize that his priorities have changed.

“In a funny way, Uncharted 4 is a lot about work-life balance and trying to find the balance between the things you’re passionate about and the other things that are important to you,” Josh states. “What happens when you sacrifice one for the other?”

Ultimately, Nathan finds what truly matters in his life -- Elena. Although it took a hunt for pirate treasure, battling countless mercenaries, and grappling with his past, his final hurdle is learning to truly balance his passions and the people in his life who matter.

Josh perfectly sums up the conclusion of Uncharted 4. In his words, the game ends “with Nate and Elena making this conscious choice to find a compromise between illegal, explosive, death-defying stuff and sitting bored at home with boring jobs they hate. They find something in between...and play Crash Bandicoot.”

In comparison to previous Naughty Dog multiplayer entries, Vinit envisioned Uncharted 4’s Multiplayer experience as one that emphasized the lighthearted nature of the franchise. “There’s a different flavor of teamwork that I wanted to exist in Uncharted which was a sense of camaraderie.”

Additionally, it was an opportunity for characters from the entire Uncharted franchise to reunite, offering a synergy between the heroes (and villains) of the series. “It was cool to see Sam, Nathan, Sully, and Elena moving together in a group and taking on the baddies. It was cool to see Lazarević there in the mix.”

“The other big goal was trying to honor Uncharted as a franchise. We added a lot of the Mystical items from the previous Uncharted games, which weren’t present in Uncharted 4. In a lot of ways, Uncharted 4 Multiplayer was an homage to Uncharted as a brand.”

Thank you to the players who played and continue to play Uncharted 4: A Thief’s End. We’re humbled by the continued support and enthusiasm of the community, players, and fans and are thrilled to celebrate this milestone with you.

So many developers poured passion, love, and talent into making this game. We could only scratch the surface of their achievements and experiences, and we’re so grateful to have had the opportunity to share the developers’ contributions and perspectives. A special thank you to Naughty Dog studio members Almudena Soria, Arne Meyer, Josh Scherr, Marianne Hayden, Soa Lee, Vinit Agarwal, and Waylon Brinck for contributing to this retrospective. 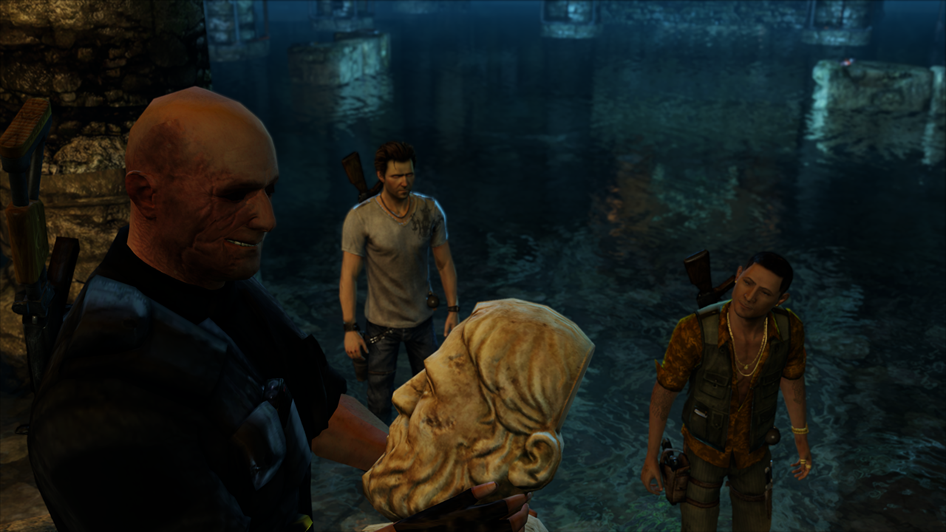 The Uncharted 3: Drake’s Deception 1.04 patch will be rolling out across all regions globally within 24 hours. Continue reading for full de…

Unleashed: The Art of Naughty Dog at the Gnomon Gallery

Nineteen Naughty Dog artists will present their art at the Gnomon Gallery in March; the opening reception is scheduled for Saturday, March …